Cannabis edibles have been popular for a long time. Whether it’s your classic cookies and brownies or the more recently popular gummies, edibles offer a different experience compared to smoking or vaping cannabis, with longer onset and duration.

Most edibles are completely focused on THC with little to no other active ingredients, with a few options also containing CBD. But there’s a lot more to cannabis than that.

Most edibles on the market are missing other cannabinoids like CBD, CBG, and CBN, which work in synergy with THC and push its effect in a different direction.

Keep reading to learn more about these beneficial compounds and how new products are pushing the boundary to create a unique edible experience.

Known for its anti-inflammatory and calming effects, cannabidiol (CBD) is the second most abundant cannabinoid in cannabis. Hemp-derived CBD wellness products have exploded in popularity as a non-intoxicating alternative to THC-rich cannabis.

Multiple human studies suggest that CBD can reduce anxiety and counteract THC’s negative psychoactive side effects like anxiety and paranoia. This makes CBD a great addition to THC for people who are sensitive to its effects or simply prefer a smoother, relaxing experience. 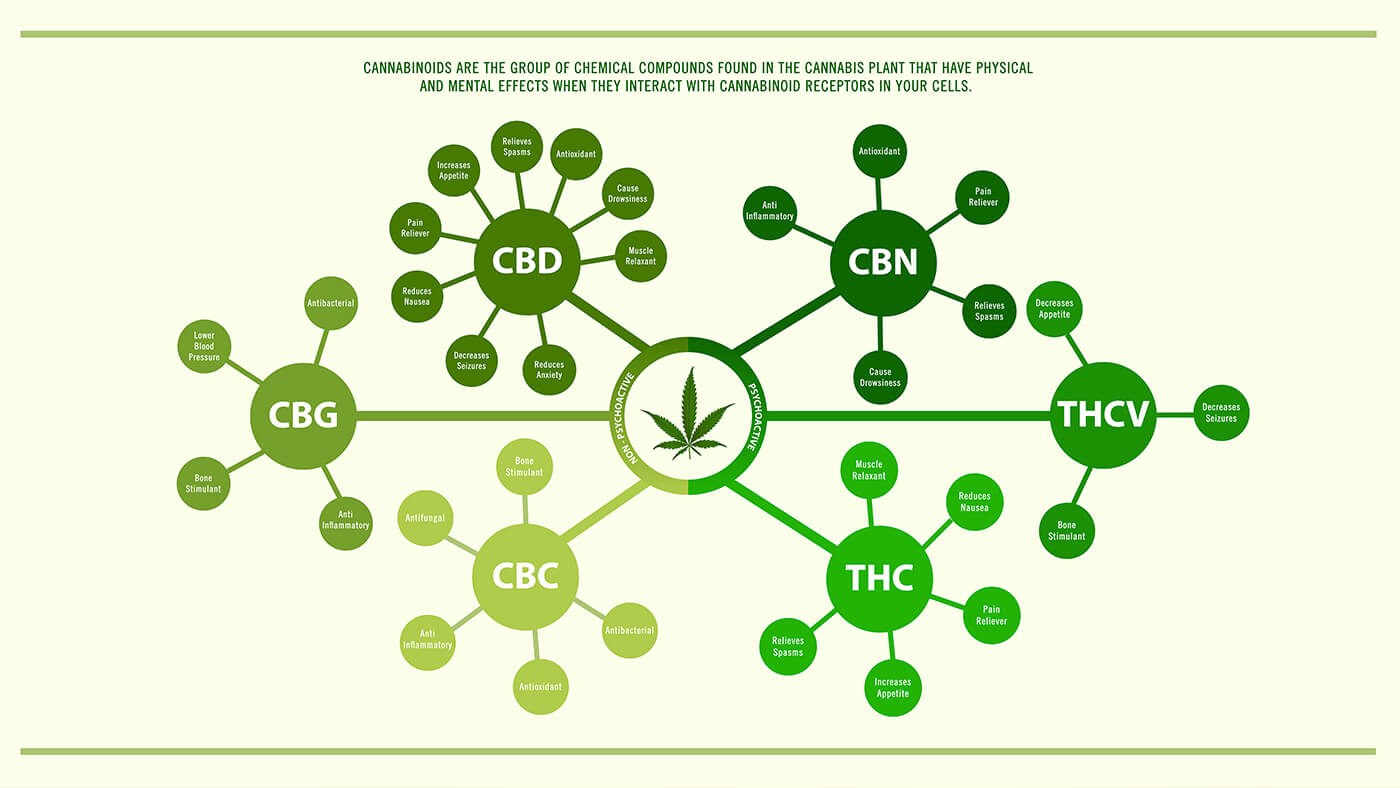 Minor cannabinoids get the name from their relatively small (<1%) concentrations in most cannabis strains. Like CBD and THC, they’re capable of interacting with our body’s endocannabinoid system, producing a variety of potentially beneficial effects.

The two best-known minor cannabinoids are cannabinol (CBN) and cannabigerol (CBG). Both are non-intoxicating and have been gaining recognition for their unique effects.

CBN is created during the breakdown of THC, which is why it’s abundant in aged cannabis (and why old weed is known to be so “chill”). CBN is touted for its sleep benefits and you’ll commonly find it combined with THC and CBD products designed to support a good night’s rest.

CBG is another minor cannabinoid with a unique origin story. It’s made from cannabigerolic acid (CBGa), popularly known as the “mother of all cannabinoids” because it’s the precursor to THC, CBD, and most other cannabinoids.

CBG is believed to impart uplifting effects, with research suggesting that CBG-rich cannabis may be particularly helpful for anxiety and depression. Anecdotal reports also suggest the potential to help with sleep and pain.

Pearls is a new brand of cannabis gummies that combine THC with other cannabinoids for a unique experience. The gummies come in four flavours and formulas curated for specific effects:

Consider offering your customers something different. Check out these delicious gummies on Cannametrics’ Retailer page.

Should Cannabis Retailers be Investing in Programmatic Marketing Right Now?

Getting Ready For Hall of Flowers: Your Cannametrics Companion Guide

Gleb Oleinik is a freelance writer from Vancouver with a passion for educating people about the benefits of cannabis. He’s read hundreds of studies about cannabis, cannabinoids, and terpenes, helping him translate complex scientific research into plain language. When he’s not writing, Gleb likes to spend his time in the gym, out in nature, and working on his website projects.
PrevPrevious Post