How Cannametrics Started, Where It’s Moving, and Big Plans Ahead

My position here as Customer Success Specialist is still new and fresh as I approach my 3 months with Cannametrics. Being a part of this moving engine has gotten me quickly familiar with the essentials of collaboration and what it means to collectively work towards a shared vision. To really investigate why we do what we do, I had the wonderful opportunity to sit down with CEO Eric Jacobs to dive into the very core of Cannametrics. Past ideas, present results, and future plans – I wanted to examine the foundations of what we do straight from the inventor’s brain.

What is the Cannametrics dream? How did you come up with Cannametrics? What was the initial objective and what is it today? 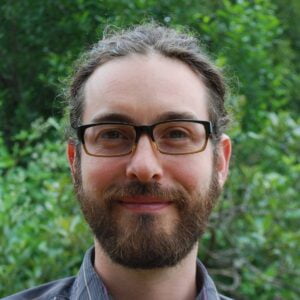 Cannametrics started when my Co-Founder, Gina (Dr. Gina Conte) and I saw legalization starting to sweep across North America. This was really exciting to us because we’re both passionate about cannabis – it plays a large role in both of our lives.

The exciting questions to us were: “How could we use science and credible information to empower people to have the best possible cannabis experiences and how could we help this societal experiment of cannabis legalization?” We went down a number of paths and we realized that while people were saying certain strains had certain effects, there was a huge lack of evidence to support these claims. So we set out to study that.

The very first iteration of Cannametrics was a mobile app for consumers where they could log their experiences with different strains and products. What we wanted to do was go beyond what other folks had done with a similar approach and make sure that we knew exactly what cannabis those people were using. What were the cannabinoids and terpenes, what was the exact breakdown? We realized we had to go a step further than what anyone had done before. Anecdotally reporting strains based on strain names wasn’t enough.

So we started partnering with retailers. We partnered with a major retail chain and we were all set up to gather their product information and disseminate our app to their customers. For our study, we had a research program all mapped out. We were going to learn the effects of cannabinoids and terpenes for the first time on a large scale in an evidence-based way. We recognized that everyone responds to cannabis differently and we wanted to provide a tool to help people figure out “how am I likely to respond to a given strain or product that I haven’t tried before based on who I am and my past experiences?”

We were good to go and we turned to this major retailer and said “Great, let’s have your product information and we can start to run our study,” and that’s when they threw their hands up and said, “We don’t have access to detailed product information! As a matter of fact, this is one of the biggest problems of our business. We are buying blind, we can’t educate our staff and customers. And we honestly don’t know what we’re selling.”

And this is, as you can imagine, the birth of Cannametrics Producer Connect! We realized there was this huge problem that was in our way, as scientists, trying to decode the effects of cannabinoids and terpenes and how they affect people differently.

So we realized this was the first problem to be solved. The solution we came up with is Cannametrics Producer Connect.

Interestingly enough, the realization that this is what we had to do kind of crystallized during the last Lift&Co expo that was held in Vancouver. Then, the pandemic hit. So we brought our CTO over to Salt Spring Island and he lived with us for the first 3 months of the pandemic. We spent our days designing and building Producer Connect. We emerged from this process 3 months later in the summer with the platform and finally we went to market starting to sell it.

How are both of your backgrounds related to Cannametrics? 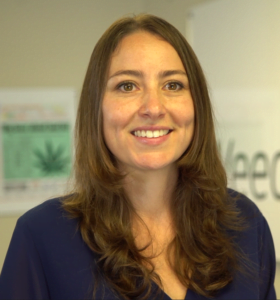 Gina is an evolutionary geneticist and data scientist. During her undergraduate education, she excelled academically while using cannabis every day. For her, cannabis fueled her awe and inspiration and helped her connect with her passion for biology. I love this story because it really smashes the stigma around cannabis and achievement.

My early introduction into understanding cannabis as medicine started in my early days as a mental health worker and researcher in Vancouver’s Downtown East-Side, where I worked right after university.

My first job after undergrad was working in social housing. Then I transitioned into research with the same population and did hundreds and hundreds of interviews with people about: their life and their substance use, mental health, housing status, and all these things combined. One thing I kept coming across over and over again with people with serious substance addiction problems was the one time they wanted to sleep, eat, and socialize with friends was when they were using cannabis.

They would tell me things like, “the only time I don’t think about crack or heroin is when I’m using cannabis.” I found that was incredibly powerful and inspiring and it helped me see the medicinal value of cannabis for different populations and how intertwined it is with the social movement.

Who is the Cannametrics team?

Cannametrics has always set out to be the beacon of credibility in a sea of chaos. We know that the understanding of cannabis is changing rapidly and we continue to be on the forefront of that. I believe in 5 years, not only will we be the source of trust in the industry, but we will also be providing significant new insights into the effects of cannabinoids and terpenes, as well as insights into the individual variation we see in people’s responses to cannabis. We will be helping usher in an era of personalized medicine in cannabis, where individuals can truly find the right products for them based on an evidence-based scientific understanding of how cannabinoids and terpenes work. 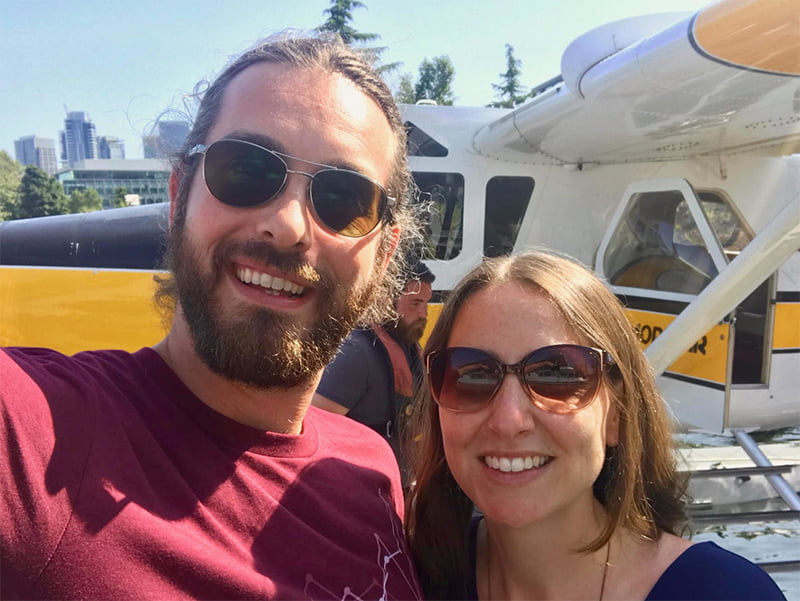 The platform itself is currently available to Retailers and Producers. With the 5-year plan that you’re envisioning, do you have plans to expand it to consumers?

Absolutely. Our goal started out to help people have the best possible cannabis experiences. We’re talking about the diverse goals of what we call “recreational” and I believe that almost all cannabis uses are therapeutic even if we call them “recreational”. If you are helping conjure a sense of awe, wonder, connection with other people, connection with nature, re-connection with the self, to relax, and all the things that people reach to cannabis for – those are all therapeutic processes. The consumer app, that put this science in the public’s hands is still a major goal.

But first, we’ll start with the Budtenders because they truly are the opinion leaders of the industry. Then, we start opening up access for consumers – the essential information along with all the education they need to make use of it. Finally, we’ll record people’s experiences in a rigorous, scientific way and provide them with an opportunity to share their insights. They’ll be able to benefit from their own insights and as well as benefit other users.

In short, we absolutely will expand to consumers. The consumer is the heart of what we’re doing. It’s an interesting path that we’re going to take to return to that.

I took a moment to reflect on the weight of Eric’s profound delivery of this vision. The dedication and fervor in his voice was enough to convince me that this is a considerate, attentive innovator.

I gathered this by the way he’s observed the cannabis industry and its pain points, how he’s posed solutions, and above all, how he continues to lead an entire team who is just as dedicated as he is. It’s ignited my own devotion to the team while strengthening our alignment in the Cannametrics vision. I’ve come to the right place with the right people at the best time.

Our conversation continues in the following post, where Eric shares exciting developments and a message for Retailers and Producers.

This endocannabinerd specializes in tackling medieval misconceptions about cannabis. Ariel advocates for cannabis knowledge to be accessible to everyone. Ariel’s passionate about engaging with Canadian Retailers and supporting their businesses through the platform. Also a loving dog mom and avid CBD promoter for pets. They/Them pronouns.
PrevPrevious Post
Next PostNext