Hello, my strain is: Cheese

The Terpenes Found in "Cheese" Strains

In this edition of “Hello my strain is”, we are looking at the terpenes of “cheese” cultivars.  In this analysis we looked at 6 different “cheeses” to see how their terpenes compared. All 6 samples were either (Exodus) UK Cheese, or a UK Cheese cross.

This popular strain is mostly notable for the “savoury” tastes that it produces. This indica dominant hybrid has a distinctive “cheese” smell, which is often described as pungent, sour, nutty buttery and complex. Cheese is quite distinguishable from other stains from smell alone, so what exactly makes this odd strain family so unique?

Putting the "Cheeses" to the Test

In looking at these samples, we wanted to know: “What are the key terpenes that create the cheesy aroma that these strains are named after?” Before we jump into talking about each terpene, we’d like to note the striking similarities and differences between these samples.  In the below graph, take note of the peaks and valleys that define the cheese samples. (Click graph to enlarge) 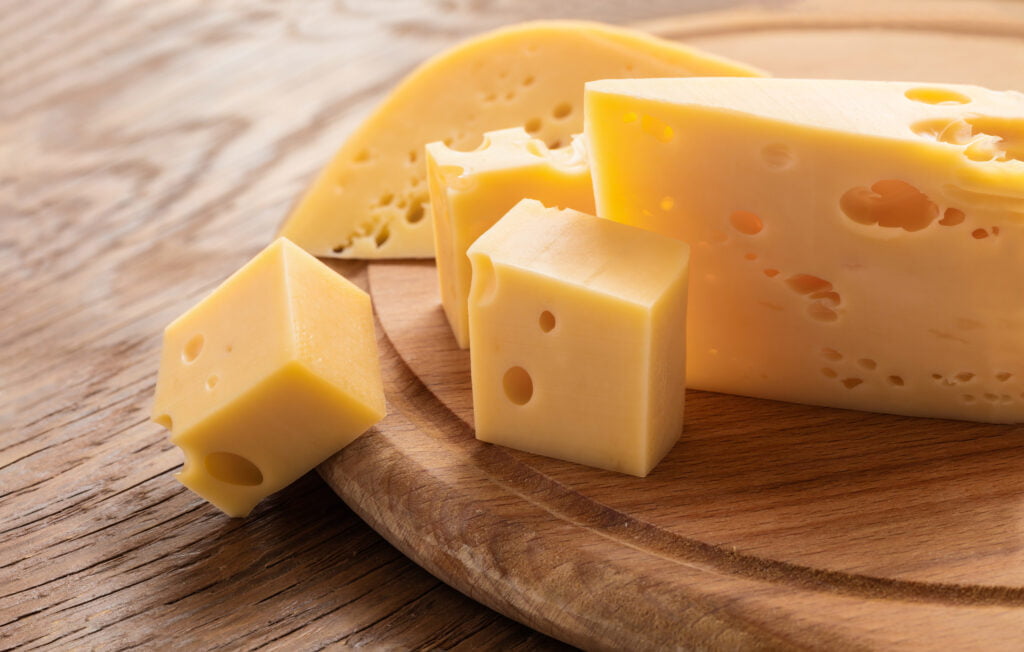 From the graph, you can see that cheese is defined by the notable peaks represented by:

The #1 terpene in the cheese samples and, where all the samples most closely align, is Caryophyllene. It’s an interesting find as caryophyllene is, by itself, known to have a spicier aroma. It’s the primary terpene found in black pepper and is also found in rosemary and hops.

The second most notable peak is Limonene. Limonene was found to be the third most abundant terp in 4 out of 6 of the samples. As its name suggests, this terpene is responsible for the zesty citrus aroma found in lemons, oranges and grapefruit. Consider this as part of the “sharpness” to the cheese fragrance profile and we can start to see how, combined with the spiciness of Caryophyllene, we are moving in the direction of “cheese”.

The fourth most abundant terpene is Myrcene, the most common terpene in commercial cannabis. While it’s not surprising to find a Myrcene, it is again, a spicy and somewhat fruity terp. 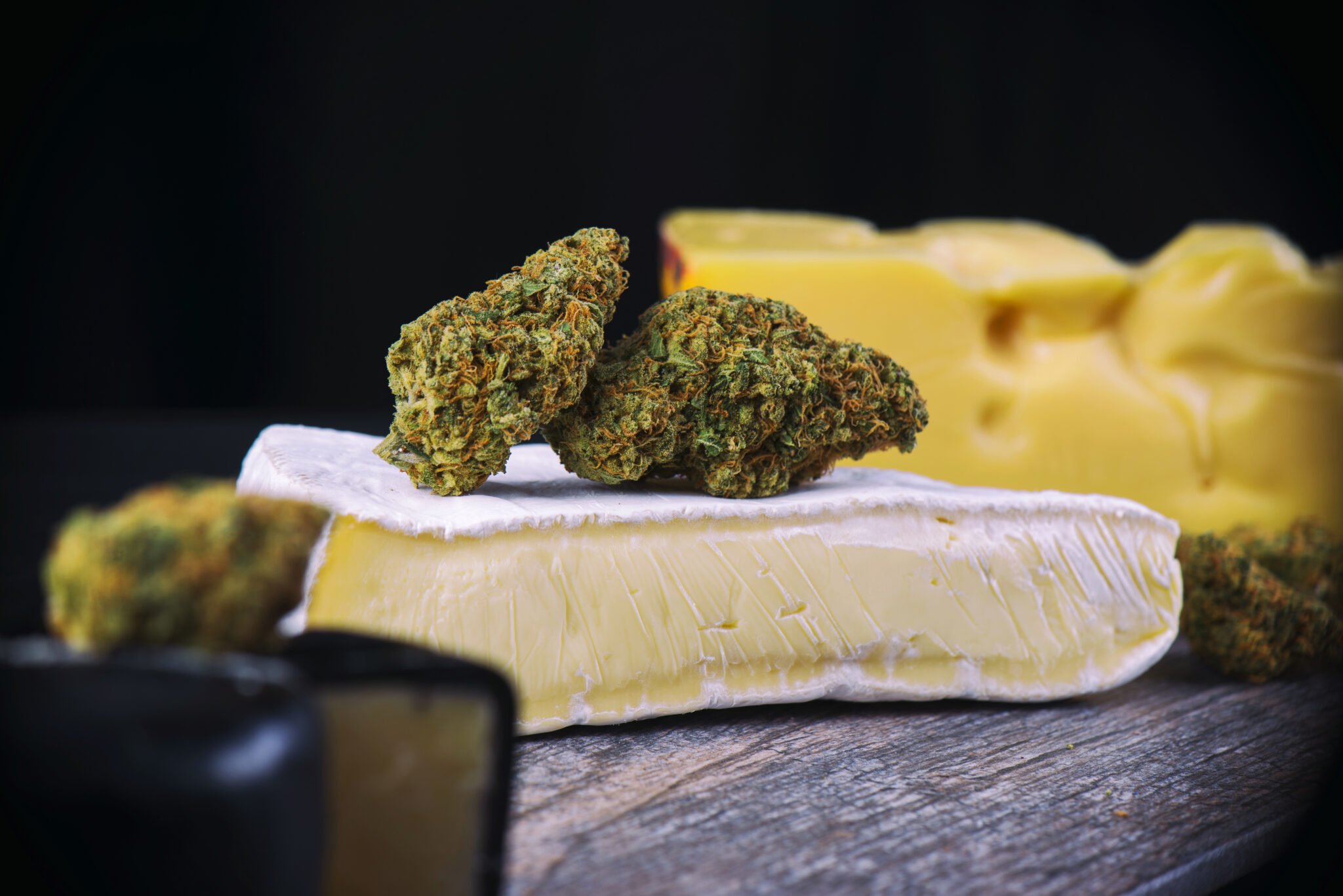 So, from our top terpene analysis we have spicy, citrusy and fruity terpenes coming together to create the baseline for a cheesy smell. This is a great example of how looking at individual terpenes doesn’t tell the full story.

There is also likely another factor at play in these cheese samples.  Some terpenes may be present in a smaller amount but have a very pungent smell!  Cheese strains are known for a “funky” aroma – think blue cheese – that is not represented by any of the top terpenes in this analysis.  We suspect, in this case, there is a secondary terpene, present in a small amount, that may be making a big difference.

One suspect that is found in our analysis is Borneol, which is described as having an earthy funky smell. Borneol was found in significant quantities in 5 out of the 6 samples tested and had an evident peak on the terpene graph in sample 4.

There are other possible suspects that may contribute to the “funk” but these terpenes were not tested for as they are very rare.

With Molecular Science Corp’s testing and knowing what the top shared terpenes are amongst these “cheesy” strain samples, we’ve gathered that:

The journey to understanding how terpene signatures come together to create some of our favourite strains continues to prove itself to be both extraordinary and enlightening. We continue to discover new insights as our study continues.

Stay tuned as we continue this series! Up next: Haze.

If you’d like to learn more about terpenes, check out our posts about primary terpenes and secondary terpenes.

Co-Founder, CEO @ Cannametrics. On a mission to elevate the status of cannabis through transparency and science. I want to help by providing everyone with real information they can use to have the best possible experiences.
PrevPrevious Post
Next PostNext